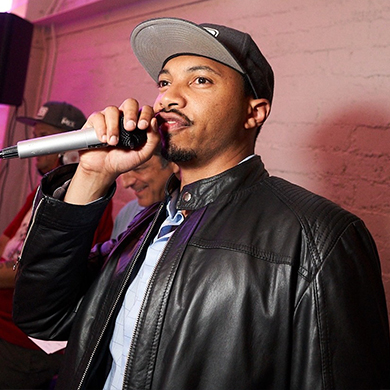 With a mixture of over 15 years of independent and AAA development and production experience and a master's in Game Production and Management, Justin Woodward Co-founded and directs an independent game studio, Interabang Entertainment as well as The Media Indie Exchange (The MIX) which is an organization that helps to elevate indie developers' visibility and business opportunities through exclusive indie showcases online and in-person worldwide. Being involved in the development scene has also led him into the role as a lead advisor with Humble Bundle on the Black Game Developer Fund as well as a consultant for the investment/crowdfunding platform Fig, IGN Prime, and has helped organize the IGN Indie Open House accelerator space.

Stacking Wins to Create Success
As a professional starting out on your own or building a sustainable development team can seem arduous. Whether it is finding funding to build your dream game, capital to get your indie studio off the ground, or building relationships for press and platform partnerships, it is important to create a string of successes in order to maintain momentum and morale so your sanity meter stays in check during the foundation building process. How do you 1. identify or create small wins that stack up. 2. Strategically utilize that win stack to create reach more momentous goals?