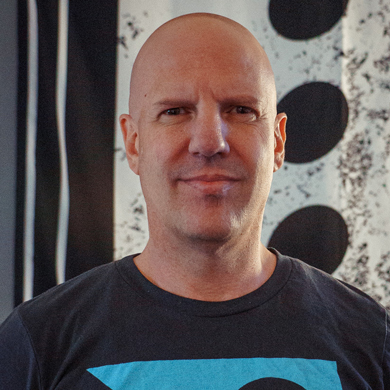 Stig Asmussen is the Game Director of the critically acclaimed Star Wars Jedi: Fallen Order developed at Respawn Entertainment. From a very early age Asmussen was drawn to telling stories through drawing and building and was particularly intrigued by digital visuals rendered on the cathode ray tube. He became a huge gamer and after spending too many quarters at arcades, he turned his attention towards in-home consoles, owning pretty much every system from Atari to Sony PlayStation.

In 1998, Asmussen graduated with a degree in Computer Animation and Multimedia.  Wasting little time, he jumped into job-hunting mode before landing a job in Silicon Valley at of all places, Atari, as a junior environment artist!  Over his 20-year career in games, Asmussen is best known for his contributions to the God of War series, holding positions as Art Director on God of War II and Game Director on God of War III.  During this time, he has been honored to work with incredibly creative and talented individuals and teams and is humbled to be in such a position. Something he will never take for granted.

Today Stig lives in the suburbs of Los Angeles with his wife, Kathy, and twins, Kayli and Christopher.