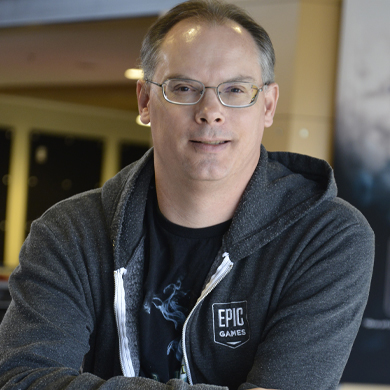 Tim Sweeney is the founder and CEO of Epic Games, the company behind Unreal Engine technology as well as games such as Gears of War, Unreal Tournament, and Fortnite. Sweeney started Epic in 1991 with the release of its first shareware game, and then wrote much of the first-generation Unreal Engine. He has led the company through the eras of PC, console, mobile, and online gaming.

The Times They Are A-Changin
The influence of games on everyday life has grown profoundly. Epic Games founder and CEO Tim Sweeney shares his belief that we need to rethink the relationships between platforms, paywalls, publishers, players, policies, and politics on the basis of principles for long-term game industry health.