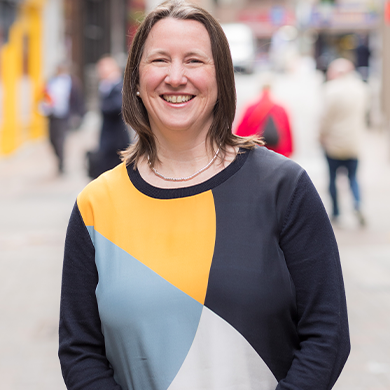 Tara Saunders is Director of Studio Operations at PlayStation London Studio. Having worked as a creative in the videogames industry for close to 20 years, she has grown to be a part of the studios senior management. In this role, she has established a team to develop the environment, culture, processes and people within the studio.

Taras background is in art and design and her passion for animation led her to a career in games, starting with Team Soho fresh from her masters degree in Computer Animation at the NCCA. When Team Soho merged with Psygnosis Camden to form PlayStation London Studio, Tara was working on in-game animation for the cinematics in The Getaway. Tara has risen through the business, moving from Cinematic Lead on The Getaway franchise to Studio Art Director, running the art department across all the titles including EyePet, Wonderbook, and VR projects. More recently, she has turned her focus to areas of the studio that support the development teams, driving improvements and change for the studio as a whole.

In her free time, Tara supports the next generation of game developers through mentoring other women in the industry, and contributing to a number of academic and advisory boards. She is an active member of BAFTA and supports the work that they do as part of the BAFTA Games Committee.

Originally from the South Coast, and now living in the Chilterns area of Buckinghamshire, Tara loves to escape the busy capital at the weekends to enjoy the outdoors with friends and family.

Team Culture: What Is It and How Do You Shape It?
We talk a lot about team culture as a buzzword, often without fully understanding what it is. Culture can be a difficult concept to grasp because its generally unspoken and unwritten, focussing on the dynamics between people. In this round table we will discuss a variety of topics that get under the skin of what CULTURE is, and importantly what it means to us. How do we go about defining, developing, and improving it so its strong no matter what challenges the team faces? Its unique to every studio, and can only be improved by collaboration, knowledge sharing and support. Lets share our tips on helping build successful team culture.