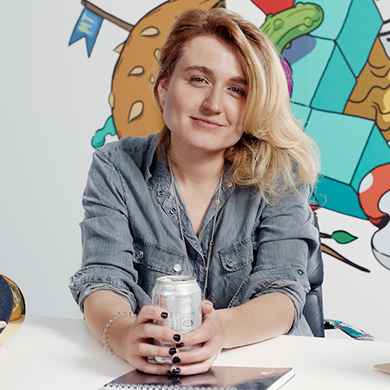 Helen Burnill currently serves the Tonic Games Group, parent organization of Mediatonic, Ltd. (Gears POP!, Hatoful Boyfriend, Fall Guys, Yahtzee With Buddies) as the vice president of business development and marketing.  Burnill has helped shape and steer the company from an independent studio of 40 developers in the United Kingdom to a 250-strong international organization. Listed as one of the Top 100 Most Influential Women in the industry by GamesIndustry.biz, she also holds a seat on the board of the United Kingdom Interactive Entertainment (UKIE) trade body and was awarded the MCV businesswoman of the year accolade in 2018.

Existing in the In-between: The Growth of AA/iii Games and What it Means for the Future
With ever-growing AAA budgets and Live-Ops becoming the norm not the exception, building new IPs at scale has become increasingly high-risk. As console content makes its way to a mobile audience near seamlessly, and new contenders such as Googles Stadia entering the fray, the walls between platforms are crumbling.  Rapid market consolidation and developer-focused publishing options are beginning to grow in strength and number, with former indie developers forming highly successful publishing labels, while AAA powerhouses increasingly edge towards that space between: not quite AAA but not quite indie. Well discuss the shifting landscape of platforms, business models and commercial trends -- and what they mean for game creators and publishers of across platform traditions at all scales: indie, AAA, and space between alike.