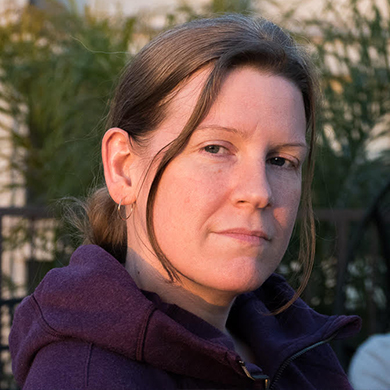 Dr. Kimberly Voll has been a game developer for over two decades, and recently co-founded her own studio, Stray Bombay Company in Seattle, WA. A leading expert in player dynamics, she also holds a PhD in computer science, specialising in AI, and has dedicated much of her career to game design and player behaviour. Prior to starting her company, she spent 4 years at Riot Games as a principal designer, where she helped launch the new League of Legends Honor system, worked on several of their recently announced titles, and was responsible for player dynamics best practices across all titles. Outside of her work with larger companies, Kim has released several titles as an independent developer, including Fantastic Contraption for VR. In 2017 she co-founded and today is the executive director of the Fair Play Alliance, an organisation of over 145 gaming companies that seek to drive healthy player dynamics as a core part of how we make games.

Player Dynamics: Are We Doing Enough as an Industry?

We know that unhealthy player interactions and so-called "toxicity" are undermining the quality of game experiences, causing significant player and developer pain and tarnishing the reputation of games and gamers. The reality is we can and should do more, but we often don't know how or what. This roundtable will focus on exploring what is actually going on, and what role we can play as developers in reducing the potential for disruptive behaviour, including hate and harassment, and how we can better support our player base and prioritise these efforts. Facilitated by player-dynamics expert, Kimberly Voll, the hope is to share learnings and challenges in a forum aimed at actionable takeaways.