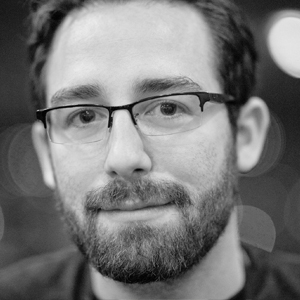 Building for entirely new mediums can be risky, terrifying, and prone to failure. In embracing the new medium of VR wholeheartedly and building native content experiences, Owlchemy has proven a successful formula with Job Simulator and Rick and Morty VR -- two top 10 grossing titles of 2017. Alex Schwartz, CEOwl of Owlchemy Labs, discusses building content that can only be experienced in VR and why studios attempting to mitigate VR's risk by building content that dips a toe in may not actually be mitigating their risk at all.

Alex Schwartz is the CEO (Chief Executive Owl) and Janitor of VR studio Owlchemy Labs, creators of the HTC Vive, Oculus Touch, and PlayStation VR triple-platform launch title Job Simulator as well as 'Rick and Morty: Virtual Rick-ality'. Recently acquired by Google, Owlchemy Labs' efforts have resulted in some of the top played VR content in the world, earning them a Sundance Nomination for Job Simulator as well as the opportunity to ship inside the box with the HTC Vive. As co-founder of the VR Austin group, Alex plays an active role in the gaming and VR community by speaking around the world, organizing events, and smoking various exotic meats down in Austin, TX.