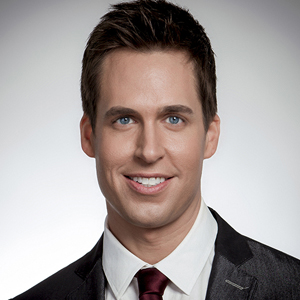 Diversity is the biggest buzzword at the moment, and to be frank it scares a lot of companies and people. Many companies are now citing diversity as a central focus to their mission, but it may not be something that is easily implemented without the right guidance and structure.   For those of you who have the intention of hiring diverse teams but need to know the important ingredients for success, or are not seeing results, or faltered in the process so far  this panel will be your short-cut to building the most important part of your company - diverse humans bringing diverse games for a diverse audience. Join these group of dynamic panelists to get the inside look on what strategies really work, any potential pitfalls and what data points translate to successful diversity hiring.

After graduating high school at the age of 14, Darion immediately started his career in the world of video games and never looked back. Now 22 years later, Darion has produced and directed some of the biggest video games in the industry across console, mobile, and social. Some of his most successful projects include Pac-Man with Bandai Namco, Midnight Club and Red Dead Revolver for Rockstar Games; Medal of Honor: Airborne, Simpsons: Tapped Out, NBA Jam, Monopoly and Tiger Woods Golf for Electronic Arts; and the massive hit, "Transformers: War for Cybertron," for Activision. He's had 10 #1 mobile games and 14 Top 5 console games in the video game space, and massive hits on the casino floor.

As Chief Marketing Officer for Gamblit Gaming, Darion oversees the publishing, strategy, partnerships, marketing, licensing, PR, product launches, and revenue for casual games with real money wagering for casinos and mobile devices. Gamblit, based in Glendale CA, is leading the charge in bringing hit video games to the casino floor, opening the door to millions of customers not currently engaging in wagering games.

Darion is an internationally recognized speaker, hosting conferences such as Gaming Now and headlining talks at events like GDC, Casual Connect, Social Media Week, Mobile Gaming USA, and the LEAP Foundation's Annual Summit at UCLA, and is featured alongside industry greats like Nolan Bushnell in the 2014 documentary "Gameplay" by Richard Goldgewicht. He was also voted a 4 Under 40 in 2016 by the leaders of the casino industry, and a 2017 Techweek Leader of LA.

He currently resides in Los Angeles.