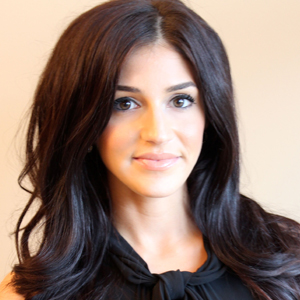 Executive Producer and Artist Maja Moldenhauer and the Moldenhauer brothers started the Cuphead journey as the original members.  None of them had any traditional game development experience  only a common dream goal to make a really challenging, retro game with a unique hand-drawn art style.  Maja will share a behind the scenes in-depth look at StudioMDHRs creative process to build the magical Inkwell Isle, a culmination of all the creative influences from their childhood on. In addition, she will share stories of arduous indie development and how they chased a dream, how having a clear vision created unique processes and overcame development challenges, how bucking trends and having unwavering faith in a project can set a game apart, how art for art's sake can bring out the best in a team and why risking it all was worth it.

Marija (Maja) Moldenhauer is the Executive Producer and Artist at StudioMDHR  a Canadian independent game developer.

On September 29th, 2017, StudioMDHR released their debut game for Xbox One and PC, Cuphead. Cuphead is a run and gun action platformer. The esthetic was heavily inspired by the works of 1930s cartoonists such as Disney and Fleischer Studios. It has been internationally acclaimed for its art style and remarked for its challenging difficulty. It has notably sold over 2 million units within the first 3 months of its release and the recipient of many awards, including Best Art Direction, Best Independent Game, Best Xbox One Game of the Year.

Maja holds a degree in Biomedical Sciences and prior to joining forces with the Moldenhauer brothers, Maja worked in Development Services in the Financial industry. Her passion and talent for art made the transition from the Banking industry into video games seamless. Maja has been with StudioMDHR since its inception and plans to stay for a very, very long time.