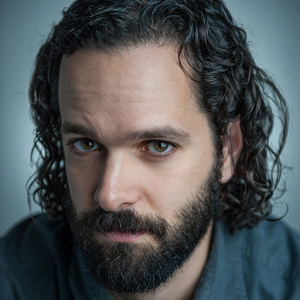 Join Director Dan Trachtenberg (10 Cloverfield Lane, Black Mirror Playtest) in a conversation with Neil Druckmann (The Last of Us, Uncharted 4) as they discuss the creative process in crafting character-driven experiences for video games, and how it compares to the process in film and television. Neil and Dan will also share their impressions of how video games and film look to each other for inspiration in order to push their respective storytelling boundaries.

Neil Druckmann is the Creative Director and Writer of Uncharted 4: A Thiefs End and The Last of Us at Naughty Dog. He is currently working on The Last of Us Part II. Previously Neil was the Lead Designer and Co-Writer on Uncharted 2: Among Thieves.

Neil graduated in 2005 with a Masters in Entertainment Technology from Carnegie Mellon University and has been working at Naughty Dog ever since.